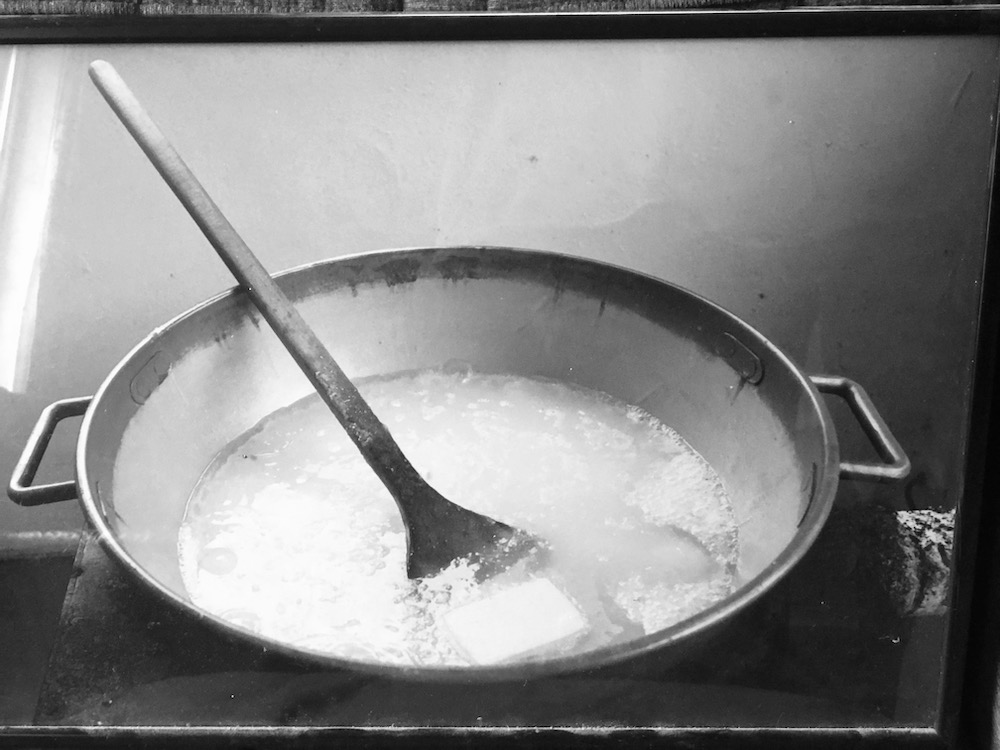 Origins of Fudge and Fudge in Burley

The Origins of Fudge

The origin of fudge is ambiguous, but is traditionally thought to be an American invention; believed to have occurred by accident!

In Great Britain fudge was referenced in an encyclopaedia from 1920 as  “A sweetmeat that hails from America, but is now popular in other countries also….” It is thought that the earliest reference to fudge was in 1886 in America.

One wonders why it took so long given some other notable confectionery examples have been around for a very long time. For example the ancient Egyptians were enjoying a form of Marshmallows as early as 2000bc, a form of chocolate was being used in Southern Mexico in 450bc and Southern European countries were making Nougat from 15th century.

The earliest reference we can find to fudge was from 1886.

A letter, found in the archives of Vassar College New York, written by Emelyn Battersby Hartridge reveals that Emelyn wrote that her schoolmate’s cousin made fudge in 1886 in Baltimore and sold it for 40 cents a pound.

It is believed that the students of Vassar College would use gaslights, chafing dishes or spirit lamps borrowed from the chemistry lab to melt together the necessary ingredients in their rooms. When they went home on breaks, Vassar girls spread their knowledge of fudge to their families and friends at other schools.

Evelyn went on to found a Boarding School and carried on making fudge for many years to raise funds for the Vassar Book and Gift shop.

However, there is room for disagreement when we consider “Tablet” also know as Scottish Butter Tablet, was first referenced in the 1700’s in a book called “the Household Book of Lady Grisell Baillie” Although this is the beginning of another debate, is “fudge” the same as “tablet”…..

Jumping forward a few centuries, the Fudge Shop in Burley itself has been around since 1980. It was previously a Misselbrook and Weston Grocery Store. However, this was taken over by Mr and Mrs Williams (who are still around today, Mrs Williams is often seen in the village tending to her goats, geese and hens!) in 1980. It was converted into 7 units and unit 2 became the Fudge Shop. Between 1980 and 1998 there were two owners who were both retailers and then in June 1998 Chris and Jenny Tabb took over and decided to become producers as well as retailers.

Chris and Jenny took on Burley Fudge on the 21st of June 1998, ironically exactly a year before the first “fudge” baby (our daughter, Charley) arrived in 1999. Having both previously had regular careers in finance, they were novices without the faintest idea of how to make fudge. But have always loved a challenge and a fudge shop in the heart of the New Forest sounded like a dream come true, however there have been many nightmare times!. They persevered through thick and thin and have now perfected the range in existence today. The family have worked tirelessly on the product range and developed a Clotted Cream Fudge which we believe is unique in the fudge  world and is certainly highly sought after by our customers.

From here the business blossomed. The range extended from the traditional flavours to an extensive range of over 30 flavours, and we continue to experiment. From Sea Salted Caramel to Chocolate Chilli. In recent years we have even managed to develop a recipe for an Alternative Sugar Fudge and a Dairy Free / Vegan range,  so there really is something for everyone.

For a while we stepped out from the small village shop in the middle of the New Forest, to trading at food shows from small local ones like the New Forest Annual Show to Taste of London at Tobacco Dock and many of the major Uk cities including Edinburgh, Manchester, Liverpool and Bristol. We’ve even travelled to the Netherlands and still have some Dutch customers! Although this life wasn’t for us and we now dedicate all of our time to the shop and in recent times the online shop!

One of our most favourable memories at Burley Fudge was providing fudge to the Queen (Yes! Queen Elizabeth herself!), in 2015. The Queen held a launch party for  MV Britannia and enjoyed our Clotted Cream Fudge with 200 guests.

Hi, I'm Charley an English Language student at University of Sussex, I'm currently having lots of fun helping out in the family business in particular authoring blog posts, web copy and press releases. I also work in the Fudge Shop and making fudge.